Users and developers helping users with generic and technical Pale Moon issues on all operating systems.
Please direct questions that are Mac or Linux-specific (dealing with installation and OS integration) to the appropriate Linux or Mac board.

Forum rules
This board is for technical/general usage questions and troubleshooting for the Pale Moon browser only. The main focus here is on Pale Moon on Windows. Please direct your questions that are specific for Linux and Mac to the dedicated boards for those operating systems.
Technical issues and questions not related to the Pale Moon browser should be posted in other boards!
Please keep off-topic and general discussion out of this board, thank you!
Locked
10 posts • Page 1 of 1

An error occurred on the page: TypeError: this.video.play(...) is undefined

I can confirm this happens for me on all UXP-based browsers (including Pale Moon), and that the video works as expected in Microsoft Edge.

I hope we can get it working, as I'm very interested in using every YouTube alternative possible.
"The rising sun will eventually set / A newborn's life will fade. / From sun to moon, moon to sun... / Give peaceful rest to the living dead." — The Legend of Zelda: Ocarina of Time 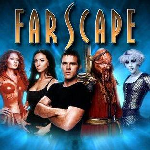 Best to contact the webmaster/technical support of the page so they are checking this and fixing if possible.

Filed as an enhancement issue for UXP as Issue #1332 (UXP)
(sorry Sajadi, we mid-aired on it)

Not high priority for us at the moment since it's apparently the first website where this is an issue after 3 years since the spec was changed for it... So if anyone wants to have a crack at it: please go ahead.
"Son, in life you do not fight battles because you expect to win, you fight them merely because they need to be fought." -- Snagglepuss

Well, I got loom videos working for myself yesterday, but I didn't quite do this in a proper way... I basically just noticed that the almost all the changes to HTMLMediaElement.cpp and HTMLMediaElement.h seemed to be self-contained within those two files. All I had to do was take the Firefox 53 copy of them, reapply all UXP changes since the Firefox 52 fork, and revert every instance of something like this:

It compiled and worked for loom, though I am not sure if I broke anything else in the process. Now, the bad news is, even though this worked for me and was very self-contained... this test patch I did contained way too many weird changes to be in a form usable for the project.

The good news is, I found a slightly earlier version of the patch that seemed to only really have the DocShell changes and an incomplete version of the Audio wrapper thing I could still understand: the version they submitted for review originally that got delayed to Firefox 53. Using what I learned from above, I applied this earlier version to the existing UXP code. I was able to undo the DocShell changes in the patch again, and confirmed my intuition about how NotifyAboutPlaying would work without the weird audio wrapper.

Anyway, in case anyone finds my work helpful in understanding roughly what it would take and what needs to be reviewed in order to backport this to UXP properly (which I don't quite have the skill to do yet), here you go:

Test patch that backports all UXP changes to HTMLMediaElement.* to Firefox 53's version:

Beta backport of an earlier version of the promise-based playback patch to the existing UXP HTMLMediaElement.* files:

The vast majority of potentially confusing incompatibilities and quirks between Firefox 52 and 53 are in these bugs...

There's a few smaller changes sprinkled in as well, but those don't really touch the implementation of what we're looking at nearly as much. Those are the big ones you have to worry about, because they slightly change how things that were not yet implemented, got implemented later.

Not currently planning to submit a PR for this, may do so later if I can develop a better understanding of what's going on here, figure out what if anything is missing/broken here, and break up my gargantuan patch into smaller chunks. Doing this quickly like I just did (but don't recommend to others) can be done in a day or two, but doing it correctly with full understanding and documentation might take a week or more.
"The rising sun will eventually set / A newborn's life will fade. / From sun to moon, moon to sun... / Give peaceful rest to the living dead." — The Legend of Zelda: Ocarina of Time

As i have tried out the latest unstable which is available now, just wanting to add that it seems to works with this page

Loom is still not working for me...Contrary to some earlier posts.
What am I missing?
Please let me know. Thanks!
Top

Only the unstable branch contains the fix, for now:
https://www.palemoon.org/unstable/
Top

Don't test me.
Not so much safety first as it is stupidity last.