Any tips/CSS on how to change the colors of the multi-message summary in Threaded view? Using a black background and white/light grey text is not possible, because the main Color Settings do not apply to this summary.

Found some info below but couldn't make something to work.

You can easily change these in Preferences/Display/Formatting (also in Composition). What I am asking is different.
Safe Mode / clean profile info: Help/Restart in Safe Mode
Information to include when asking for support - How to apply user agent overrides
How to auto-fill passwords

This worked, thanks
Top

Dear Tobin,
I would like to use Interlink both under Windows and Linux and I'm wondering if it is possible to share the same user profile and IMAP mail storage files to avoid using up double the disk space? Or are there incompatibilities in the settings files and other issues? I can also work with two different profiles, sharing the same mail storage files, if possible.
Thank you,
Best regards
Top

There are. Specifically there will be big issues with path specifiers.

I strongly recommend against it. use fully separate profiles. Any local storage files for IMAP are going to be small, to begin with, as IMAP is a mail-on-server protocol that by design only stores some cached data locally that should be considered volatile.
"Son, in life you do not fight battles because you expect to win, you fight them merely because they need to be fought." -- Snagglepuss

Thank you, I will keep the profiles separate then. I agree that IMAP mail folders may be small, but once you want to have a full copy of the mail box locally to be able to work offline, then the size may quickly reach several gigabytes.
Top

How about you figure out one computer to use email with and leave it at that like any normal email client user.
Face facts, people simply need to go to the next level and MAINTAIN these extensions not selfishly JustOff them to oblivion.

For anyone interested in using an Outlook 365/Microsoft Exchange account with Interlink Mail & News, there is a solution, it is a DAV called davlink specifically for Microsoft exchange accounts. For modern exchange accounts, simply use the "O365Exchange" accounts in the settings once you install the program. It is a free and open source product as well, not like the proprietary paid for crap like Bird for Exchange in Thunderbird that requires users to pay for it to use. Here is a link:

It is both available in the Debian repos as the "davlink" package and for Windows as well. It is easy to setup, I just tested it and it works fine. Score another one for the good guys against big tech who want to try to make sure you can't access your email on their servers without their approved methods.

The delay is indicated by progress bar being stuck and it sometimes takes 30 minutes to download a few text-only messages.

It seems Interlink and/or Hotmail get confused by using same Interlink version in two different OSes. Maybe Hotmail expects the IMAP status to be the same?

Not a big deal, but if regularly switching between OSes it would be annoying.

EDIT: Maybe it is profile related. I probably use the same pre 52 Thunderbird profile in all my email clients... That may be the case. I'm too lazy to set up from scratch so I just copied the profile, but I didn't downgrade the profile and I didn't copy the profile between Interlink and SeaMonkey for example. Anyway, if you think it's the profile I will just live with it.
Top

Hello@all
I want to change the server type from pop3 to imap, but I cant find where I can do this.
Can you please tell me.
Greetings DH
Top

You don't 'change the server type', you create a fresh IMAP account - assuming your server actually supports IMAP to begin with.
"One hosts to look them up, one DNS to find them and in the darkness BIND them."

In a bit more detail: IMAP and POP3 are totally different protocols and not just "how the client talks to the server". Pop storage is on the client, IMAP storage is on the server -- so you can't just "change the server type" because the entire account type is different and storage of mail one way or another can't just be changed.
"Son, in life you do not fight battles because you expect to win, you fight them merely because they need to be fought." -- Snagglepuss

You're too nice, Moonchild

Thanks for your quick reply, I understand and create a new account.
Greetings DH
Top

So. Somewhere down the line Thunderbird switched to JSDownloads like Firefox did in 26 and Pale Moon had to in Tycho. As a result the Saved Files (Downloads by another name) was changed to a barely acceptable in-content port of the about:downloads page (used only in Private Mode in Phoenix Browsers and abused as an emulated toolkit style downloads window by an extension) and since there was no other Places (Library) UI in Thunderbird that aspect has nagged at me for a few years now.

So why am I talking about this? Well I have recently switched the downloads system back to the original nsDownloads codepath used by Borealis (and the example application) that has overtime been repaired back to fully operational status by my self. I could have taken mearly five minutes and JUST used the Toolkit Download Manager UI and called it good enough but this is Tobin you are speaking with so of course I had to take it a step further.

Being.. well.. me, I have made the Communicator Style Download Manager shared code between the Navigator and Mail clients in much the same way I did with the Communicator Profile Manager. This is because I want to align the user experence between the two BinOC UXP Applications as much as possible over time.

This does come at a cost, though. Any Thunderbird extension explicitly relying on JSDownload's changed functionality will fail in the next version of Interlink. However, unlike a Phoenix Class Browser, the impact should be very minimal as downloading things aside from attachments has never been a big thing in a mail client. Also, current places stored download history will be inaccessable from then on.

As the original terms and core mission statement contingent on creating the project stated that explicit compatibility with Thunderbird extensions was not on the agenda this breaking change will not be reversed. You will simply have to fork and adjust the one or two extensions that might be affected. Assuming any exist or are in use.

As a bonus, there is a little known preference to use the Toolkit Download Manager UI if you don't prefer the superior user experience of the Communicator Style UI. So it is up to you along with all the traditional features and preferences of old that include the subset that JSDownloads arbitrarily still honored.

In other news, I am going to try very hard to start transitioning the Preferences UI over to the Communicator Style as well before the next release next month. I will be keeping the current UI in place in a stripped down state as that is often an integration point for extensions as well. However, some extensions may still to fail to integrate if they are modifing existing UI rather than simply adding to it such as Calender does. When this lands the Firefox Style Preferences UI framework will only persist for that cycle and the next and then will be removed. So extensions that extend the Firefox Style Preferences UI will have to be forked and either add prefpanes to the Communicator Preferences UI or provide their own window or use the Add-on Manager's in-content options.xul method.

These changes and more to come will, I think, enhance the product in the long term but I do realize it may annoy some in the short term. To those I can only say that I am sorry if it annoys you but you knew, or should have known, what you were getting into because I made it QUITE CLEAR before ever starting. Again sorry but that is the reality here and you will just have to accept it and maybe help out your fellow users on the extensions front.
Face facts, people simply need to go to the next level and MAINTAIN these extensions not selfishly JustOff them to oblivion. 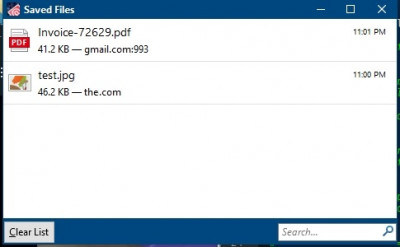 Face facts, people simply need to go to the next level and MAINTAIN these extensions not selfishly JustOff them to oblivion. 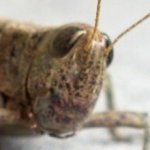 This is good news; appreciate the advance notice, and the communication in general.
Y'know, one reason the corporate world doesn't do actual news like this is, news always get blowback - regardless of whether based in reality, so dealing with replies ends up a useless time-suck overall.
Top

Regarding getting a better smtp server, I am having a strange (for me) problem. I have been using Interlink for 13 months. Extremely happy; I cannot imagine changing email clients. I use two email addresses: vivaldi.net and outlook.com. {**scrubbed**} is my main email address with the outlook.com one being a backup. I am having an intermittent timeout issue when SENDING vivaldi.net emails from my vivaldi server; never from my outlook server. It only happens sometimes and I cannot pinpoint any commonality. I speculated that the issue was with the vivaldi smtp server, maybe being overstressed (but what do I know?). There are two different smtp outbound settings for smtp.vivaldi.net; I have tired them both, plus I have tried port 25 also. Nothing helps.

I sent a detailed explanation to the vivaldi webmail forum and haven't gotten any helpful answers, which doesn't surprise me. I have a workaround solution in Interlink to always SEND emails using the outlook smtp server.

People in the Interlink and Pale Moon forums seem to have lots on the ball. Interested in any comments. Thanks in advance.
Last edited by Moonchild on 2021-07-18, 20:55, edited 1 time in total.
Reason: Please don't post e-mail addresses in posts.
Top

I have a problem with the latest release. When I download the new file i get a different sha-256 sum.