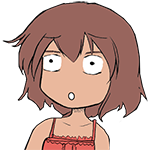 Lootyhoof wrote: It's possible with userChrome.css, but clunky. You can edit the top margin of #navigator-toolbox, but you'd need to watch out for both the caption buttons and the appmenu obscuring the interface.

Yeah, I tried that and it quickly into the "need to thinker a bit" to fix the caption buttons obscuring the interface issue.


Thehandyman1957 wrote:Not sure if this would work but I use Hide Caption Titlebar Plus 2.8.7rc to remove the title bar and it works with all of my themes.

Thanks, but 2.8.7rc didn't work properly. Hiding the titlebar left a light gray line over the navigation toolbar which contrasted a bit too much with my dark gray theme. The version posted here by the add-on's author,hid it properly, hanging issues aside. The add-on does have too much bloat for what I need it for, but guess it'll have to do for now.
Top

Could i make a Fox2TheMoon fork compliant with system-wide dark themes?
Top

Sure, though I'm curious...what's up with it currently?

Sure, though I'm curious...what's up with it currently?

Fox2TheMoon is not rendering well on Linux with Arc Dark theme for example.
Also, private browsing icon isn't showing anymore, i do not know if it's due to pm 27.8 or fox2themoon update.
Last edited by Case_Of on 2018-03-29, 11:54, edited 1 time in total.
Top

Is it possible to make uBlock button a little smaller on Moonscape theme? 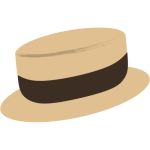 You can do this either by making use of Stylish (and creating a new user style) or by placing this code inside your userChrome.css file.

You can make it even smaller by changing 20px on both max-width & max-height properties to a lower value.

White Moon has been updated to v3.0.0! In this release, there are several major changes, some of which more noticeable than others. One of the biggest changes has been to replace many (but not all) icons with vector icons, the majority of which from upstream Simple White X. For HiDPI users, this means that the icons should be much clearer, as well as others who may tweak how big the interface is.

For example, using Theme Tweaker you could make the interface bigger, while still having full clarity icons:

All being well, these and other changes are planned to be ported to Dark Moon soon.

White Moon has been updated to v3.0.1. This is mostly to correct a few things related to the initial Pale Moon 28 support.

decided to switch to a bright color palette profile for my work profile, and finally got a chance to use one of your themes (WhiteMoon). i got to say, the quality is simply top notch! especially the icons, extremely clear and sharp on my 1440p 14". thanks a lot for your work!
Top

Lootyhoof wrote:White Moon has been updated to v3.0.1. This is mostly to correct a few things related to the initial Pale Moon 28 support.

That fixed it! Thanks!

Noia Moon will be updated at a later date.

Hi Loofty, i'd like to report a small 'incompatibility' between White Moon and the addon "Location Bar Enhancer". here's what the addon looks like on the default theme:

and here's what it looks like on White Moon:

the whole toolbar becomes way too large, but the words in the navigation bar are still centered according to the old width (i think that's what's happening. but the site identity is correctly centered..) is there a way to fix this?
Top

I'm using the PMOpera theme with Pale Moon 28.0.0 on Fedora Linux 28, and the scrollbar has white borders which makes it kind of difficult to see when the web page has a white background (please see the screenshots below).

Is there any way to have a black border on the scrollbar, or is that something that has to be modified in the theme itself? 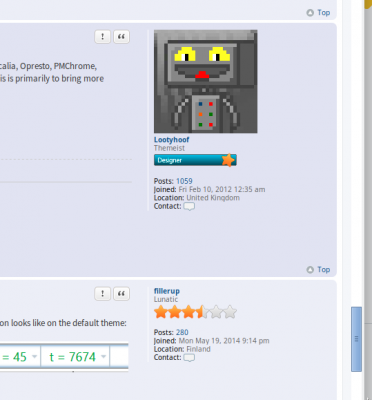 I am looking at scrollbar issues among other things in my themes and will get an update out soon.