Please stick to the relevance of this forum here, which focuses on everything around the Pale Moon project and its user community. "Random" subjects don't belong here, and should be posted in the Off-Topic board.
Post Reply
First unread post • 3 posts • Page 1 of 1 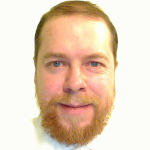 Seems I may recall days of better WWW when some web browser (earlier Netscape/Mozilla/Firefox) had an up/down split-button between forward & backward, which was for history (down) and going up one level in URI/URL/filesystem. I also liked and may still use NextPlease addon which actually has 'back' & 'back to beginning' & 'forward' & 'forward to end,' maybe more than that, or was imitated and I have something similar as well.

Is such an up/down split-button possible in Pale Moon with any addon or would one have to be programmed?

If I'm not web browsing (doing other things on other half screen) often I use Pale Moon as a filesystem & image viewer on the other side, so I sure would like such a button, though I'm unsure I'd be able to program one (unlikely without a lot of learning interface & URI/filesystem stuff I've never done.)

It'd have many uses for URIs, like if you were in some discussion URIs (NNTP/Usenet/Gmane, IRC) though I don't use ChatZilla (and don't think they kept NNTP from old Mozilla/SeaMonkey) you could go up from that to the server window/tab.
Top

Not an exact match, but this one adds breadcrumbs to the URL in the navigation bar, so you can go 'up' by clicking on the relevant segment.
so with a URL of www.site.com/level/page.html, you can click on the word 'level' in the addressbar to go up one level.

You can try installing whatever old Firefox extension you had as well, to see if it works.
"One hosts to look them up, one DNS to find them and in the darkness BIND them."