I had an update I guess from browser-version 2021.09.19, but for sure to its update to 2021.09.27, while I've cleared by cache later, screenshooted it's details (I'm using a german device while basilisk is downloaded as english-version) still some frozen pages I guess refers to german & english translated titles, while windows-error sounds just appearing in german I think.

I've updated the browser today, which could differ in european timezone, I had a similar issue when using my desktop-icon (that's where I mainly start my browser, not using a bottom-bar's icon or the startmenu, nor the quickstart-section either). It refers to a possibly previous version still installed or failed update, which occured this time too. I didn't take screenshots of the previous messages while examining the current one closer, also because it keeps referring to an error and I maybe notice where it appears?

My recent actions were storing my bookmarks in html by using the browser-feature & first I got worried that an update could maybe remove my bookmarks on the browser somehow, so I saved them before updating the browser with about 52MB of data. After that bar completed, I chose to refresh that browser to its update later than clicking the "now"-button there.

Somewhere the browser crashes (closes) with an error, which won't lag the tab/window just referring to an crash occuring. All icons (X, cancel, ok) gets the same result as in previous updates: closing that window & its tabs, I mainly use one window with more tabs but didn't try f it happens to multiple windows too if the same message appears.

If re-opening it, I still got referred about the hint of a previous version being installed, while I never manually deinstall it just updating it by "help" and "about basilisk"'s line within the browser, sometimes by the window which could be delayed in time & appears after an update being available.

So, I've tried clicking yes or no, after clicking my desktop-icon of basilisk, when asking for changes to my computer which I assume because of the recent update and it only asks after one to get something changes, refers to my file's location that nicknames the update's nick.

Clicking either option for dis/agreeing got me to that new error for crashing/restoring the previous session as tabs. If I hit "close" on restore session, it crashes while instead letting that tab open, choosing no option there (not restoring its tabs either) sounds working, like adding a new tab or typing here, changing current tab's that should be loaded. Just interacting with "close" got at least different results, the first part's identical, just the lower ones kept changing.

I will try to get more results if they keep appearing while those crashes just happened after the new update, I didn't try to just "x" that tab (if more tabs are open in my current session) or opening just this one and closing its window by "x"-icon. Same as results for "restore"-button getting different lines. I will screenshoot them in case they could get your support know closer details or maybe the ones below are useful or known already?


I also saved my bookmarks since that update, I've clicked "x" or "no" first if getting asked about access to changes when clicking the desktop's browser-icon. Later switched to "yes" & somewhere I've bookmarked and redownloaded the new version by the same way as described above. updated my personal files to see the MB-amount for that favorited bookmarks, taking a closer look, the first one just stored one file with its subtabs (I didn't remember having to mark specific/all bookmarks in the browser to get them saved, just selecting: "bookmarks", "show all bookmarks", "import/backup", "export to HTML")?

Later the next saved ones had 88MB but should be like 5.000MB, the next one had zero, the one after zero again & somehow switched to a three-digit amount, still just a part, I guessed and one with about 5.000MB (I opened just the 88MB one, deleted the others, while 2nd or 3rd one referred to automatically ~1 at it' filename even I saved it as same nick, so it should get replaced & I as sure to close the tab first then rightclicking the devices file to "open with ...basilisk").

I think the option for "changes on computer" if clicking the desktop-icon, got the bookmarks-issue solved still there's that crashing-bug which bit occured even before the first download of the new browser's update. Not sure if those bookmarks caused some issues but I cleared my cache not its cookies (which stay connected with other sections like logins/game's progress/etc.)

I'll try to get more hints about interacting with "restore session"-tab, which is displayed in english language and keeps crashing somehow ...just stays "quiet" (non-crashing) if it's not bothered as tab. So keeping it opened won't cause a crash but the fact if restoring or closing getting clicked and won't open the prev. tabs nor closing that tab itself, sounds unusual and I think those lines could maybe figure it out where the source of the issue being located?


There are different results, also mainly reacts if opening a new tab/editing the browser's searchbar-text after "restoring" just one or multiple prev. tabs & I've added another screenshot while the top-lines stay identical even not copypasted for every error that's appearing (edited it as noticing some of them are quite identical after pasting them). The "need access for computer's changes" won't appear just the crashing error only. If not interacting or getting exactly this error but ignoring it, it bit solves the problem. At least I could still use my browser just having that one tab open to prevent all of them getting crashed. 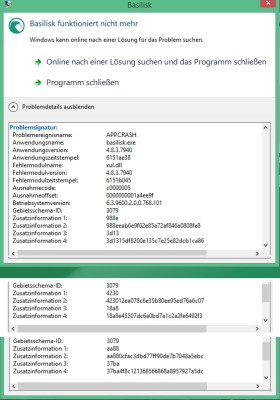 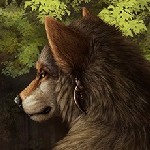 Please follow these instructions:
viewtopic.php?f=3&t=2094
"Remember, only you can prevent Earth's destruction by spelling Pale Moon with a space." -- Athenian200

My device's a laptop & I noticed the issue of crashing tab/window got rid somehow, maybe restarting the computer worked, maybe those info above could be still useful. WhatIsHang refers as not suitable with my version & not sure if AppCrashView being for browsers too, technically they're an app while since a few day neither an error gets shown up, nor screenshooted codes or if opening my desktop-icon of my basilisk-browser mentioning about the issue of "removing its older copy first".

So it works fine but I didn't change anything, no update of the browser (I'm still at version "2021.09.27"), I also didn't spot which action got rid of this problem. Still no error's popping up for some days, I just tried to see if it continues or something would change before replying with newer details.
Top

Please include troubleshooting information.
Please include a relevant appcrashview report. It doesn't really matter if the crash hasn't happened very recently as it can read past reports recorded by Windows.
"Remember, only you can prevent Earth's destruction by spelling Pale Moon with a space." -- Athenian200