Anything to do with the Pale Moon Sync service.
Locked
2 posts • Page 1 of 1 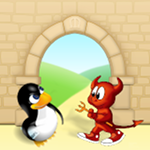 I'm just switching over to PaleMoon because my FreeBSD OS (11.1-Release-p11) has just gotten updated (from p10 to p11) and my FireFox ESR unexpectedly got dragged up from 52.x to 60.0 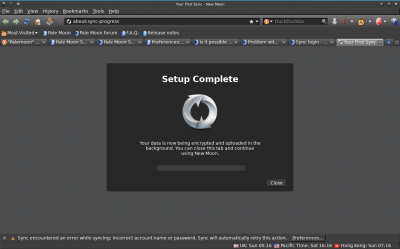 Back in the dim and distant past I recall that NoScript or some other add-on on FireFox blocked Sync from working until I whitelisted something - does anyone have any idea what might need to be whitelisted to get Sync 1.1 working on Palemoon?
Top

Sync is completely independent. Just because you have a forum account does not automatically mean you have a Pale Moon Sync account as well. You have to set up sync by creating a new Sync account. Of course you CAN use the same login credentials as on the forum, if you wish, but they are not linked.
"Son, in life you do not fight battles because you expect to win, you fight them merely because they need to be fought." -- Snagglepuss