Idea for a new browser product

Please keep things on-topic as this forum will be used for reference for Pale Moon development. Expect topics that aren't relevant as such to be moved or deleted.
Locked
128 posts

van p wrote:The Waterfox forum is having a (so far) minor discussion about the future of that browser. In a thread called Will Waterfox "pull a Pale Moon"?, the Waterfox developer says:


One of my fears though is that remaining on the last possible XUL build will be like trying to keep a sinking ship afloat. Sure it's great if the platform that is loved is still around...but how many people will really develop for it? And after a while it'll end up a bit like Palemoon where it'll lag severely on various web sandards, which in a web that is evolving rapidly more than ever before. IT would be a severely crippling user experience, More so than having a deprecated platform being maintained.

For those who want to follow the conversation:
Link to subbreddit thread: Will Waterfox "pull a Pale Moon"?:
Link to quoted post

As I was reading the subreddit I thought of the following:

I think it would be great to have a discussion between both the Palemoon and Waterfox Management and Communities to see if there is a way that we could combine our efforts on a solution going forward.

Waterfox is not, and has never been, interested in actually forking Mozilla. It doesn't surprise me that they aren't intending to change that approach. They just want to keep riding the Mozilla train -- as a result, they will also never actually be anything but a simple, rebranded, Firefox rebuild, similar to what we were in 2009. I don't think combining our efforts is possible at all, since we have completely different approaches.

As for "lagging behind internet standards", part of that is the roadblocks I've talked about in this thread that can be addressed the way I proposed when lacking the resources to work through it ourselves otherwise. Another part of that is that there are no actual standards people work towards at the moment. Another part of that is that "standards" are currently often written by the people who also publish the biggest browsers (Google is present as an author of many, many "standards" that often describe browser behavior rather than implementing an actual standard out of necessity) and it's already gone past the point where a web designer would ever hope to actually make use of what they describe (many parts of web design are now bleeding out into other fields because every part of web design tries to do everything, instead of just focusing on what they should be doing -- see CSS calculations, for example). If they do choose to use the latest draft or editor's copy of everything then they can expect their website to literally only work in one browser (let's take a trip back to the 1990's), or maybe even none at all, if what they use happens to be backed by different big browsers.
"Son, in life you do not fight battles because you expect to win, you fight them merely because they need to be fought." -- Snagglepuss 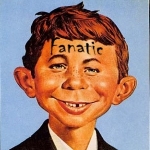 Pull a PaleMoon? You mean, do something amazingly great?

I think it is pointless to try and get help from other Firefox forks - their ego would get in the way. Their ego is already getting in the way: "Pull a PaleMoon"? - give me a break! Waterfox and similar projects - what's the point? A little speed? You're always playing catch-up with the main code base and it's totally questionable whether the benefits outweigh the cost. Besides, if a Chrome interface is what you like, use Chrome for crying out loud. If fact, that's exactly what's happening - people who like a Chrome interface are abandoning Firefox to use Google Chrome and Firefox has lost over three quarters of its market share - it's not rocket science, people!

Unlike other Firefox "forks", PaleMoon has the virtue of preserving what was good about Firefox without losing anything in speed and functionality. The developers have been ultra-responsive in resolving issues with the browser - where they find the time to do all of this stuff and still have a life is beyond me. Personally, I have not run into any incompatibility issues with websites, except for the User Agent sniffers which can be handled with some alterations to About:Config and a stern complaint to the webmaster.

As far as getting additional programmers on the project are concerned, the PaleMoon project may pick up some disgruntled Mozilla programmers but I think that would have happened after Australis, so don't count on it. Additional help will come from programmers who discover PaleMoon and want to support it - that again is why advertizing is so very important. The stability and reliability of the Goanna parser will be another attractive feature - as a programmer, I get tired of having to deal with "the next great thing" every 3 months, which usually turns out to be either a renaming of old technology or a lot of flash and bang with little substance. Give me something I can sink my teeth into!

As I said in an earlier post, I believe in what the PaleMoon project is trying to do and I will help out at the first opportunity. In the meantime, I think this garbage that people are pushing, trying to turn PaleMoon into some sort of negative proverb, is a disservice to the project and to the people who have put many hours into making PaleMoon a success.

Can we expect improvements in this area?
I do not mean things like DRM, WebRTC,... but others are more basic things necessary. 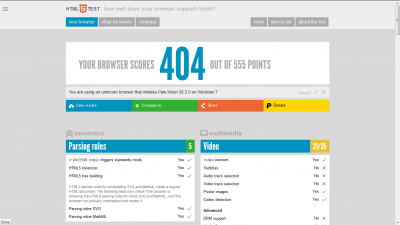 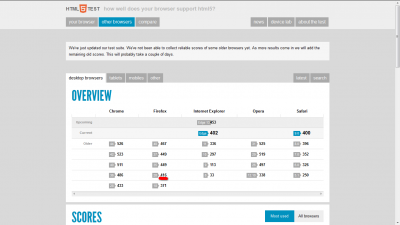 Can we expect improvements in this area?
I do not mean things like DRM, WebRTC,... but others are more basic things necessary.

Yes - if you read earlier in the thread, both Moonchild and Tobin specifically state that one of the reasons for building from a more recent point in the Mozilla code base is to give greater support for HTML5. They could probably do that from the current code base except there's not sufficient manpower to handle the sort of effort that would be involved.

This post is about Marketing and what it implies.

First, the technical marketing, which has to focus on Goanna, so developers get interested into it. Here's how it could be done (at least to my point of view):: End-user marketing should focus on features (video playing, addons support, security, privacy), speed and LTS (people love their browser, in order to switch they have to be reassured the new one won't disappear soon) I'm not a marketing man, but maybe you could see this as a kind of "marketing roadmap"
Top

Thanks for your input, but Goanna is not a standalone library or something modular to be plugged in or used to build on as-is. Xulrunner builds of Pale Moon might be, in the future, but not the engine itself (there is, for example, also no "Gecko library" that people can work with as-is.

As such most of your points, although valid by themselves, do not apply here.

In addition, once more, project management is not what this thread is supposed to be about at all.

Closing this thread at this point. Further discussion about different facets of the project and its management as a whole are certainly welcomed in their own threads - a community can come up with really good ideas to handle certain things in that respect, and your input is welcomed; however, this intended re-base and product re-work idea is not directly related to that, and I was just looking for some feedback on the idea of re-basing vs. gaining enough momentum to have contributors help solve our major roadblocks.

Since the latter seems unlikely judging by all feedback provided so far, I've pretty much decided that re-basing will be the way to go, all things considered. More details will be provided when we are a little ways along in that process.
It will take a lot of focused work to make this happen, and will not be without its own challenges either, but it will allow us to build a more manageable and sustainable browser core that is not only tuned to the current and future web, but also tuned better to what we can expect from Open Source contributions. All of this has been a learning path for everyone involved, and this would allow us to Do It Right™.
"Son, in life you do not fight battles because you expect to win, you fight them merely because they need to be fought." -- Snagglepuss