Support board for people running on (retail/OEM) Windows XP (32/64-bit).
Forum rules
This is a self-serve support board for our community. The development team can't provide any support for Windows XP (and compatible versions of Pale Moon for it) any longer.
Locked
7 posts • Page 1 of 1 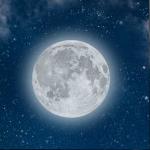 As I would guess others here are, I am still happily using Pale Moon 26.5 on my PC running Windows XP.

Today, as is not uncommon, my ThinkPad developed heatstroke, overheated to 95℃, and "froze" in its tracks so I had to force shut it down and restart. After restarting, I started up Mozilla Firefox (which I use for social media due to its advanced abilities such as playing videos on the Web) and a while later started up Pale Moon. I was greeted with this message: "Your Pale Moon profile cannot be loaded. It may be missing or inaccessible."

I then open my %APPDATA% folder.
I see the folder for Moonchild Producations, but when I click on it, a dialog box pops up, telling me "<Folder Name> is not accessible. Access is denied."
When I open the folder's properties, it says the folder is marked "Read Only", as many of the other folders seem to be, and contains 0 bytes, 0 files, and 0 folders.

I'm very confused, as my ThinkPad crashes all the time, and nothing like this has ever happened, and I can understand folder corruption, but the entire contents of it seem to be gone!

Please let me know if you have any ideas.

I think it may have something to do with this bug.

I now recall that I changed privileges last time and it needed to restart to instate them which happened when I restarted.
It seems that I have been running my user account with Administrator privileges for all these years which I have heard is not a smart idea. I went to the Windows NT User Control Applet (Run "control userpasswords2") and demoted my regular everyday user account to "Power User" privileges.

I right-clicked on palemoon.exe to Run As...Administor.
After that it opened without issue to the wizard that asks you if you want to import settings from Internet Explorer and acted like I was opening Pale Moon for the first time.

My profile folder is still inaccessible and apparently empty though, so that is an issue!

A number of other folders within the %APPDATA% directory display the same behaviour.

It makes me almost want to run as Administrator all the time again, but again, let me know the best practices, or at least how you operate! 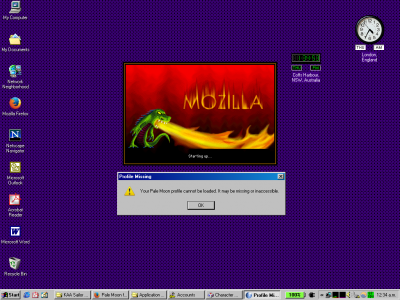 Pale Moon 26 and Windows XP are long since deprecated, unsupported, and retired. Even if there is a bug in Pale Moon 26 and it could be fixed it isn't going to happen. Support is only extended to modern versions of Pale Moon on reasonably modern operating systems.. Windows Vista/7 and Up.. CentOS 6 era and up etc..

You, sir, are on your own.
I'M COMBINING THE FORCE FIELD WITH ENERGY POWER!

This is not Pale Moon about for sure. You had hardware malfunction that broke yours files security.
First take ownership of that files, and next reset security attributes. After that do also chkdsk.
Top

Mr. Tobin: Pale Moon 26 may be unsupported by the main development team since it's no longer part of the mainline release, hence why I did not post a bug report in the Mainline Browser Development forum. I posted in the Community Support forum, because I was hoping to receive support from the community, not attention from developers nor any kind of bugfix.

Windows XP, quite far from being retired, is as of today, the third most used operating system on the planet! Ahead of any Macintosh or other OS. And those are just the machines that are online!!
And why might that be?

Because it is simply the best for many people's needs for myriad reasons which I've detailed in another post on this forum, and a great number have not been fooled into using a vastly inferior system by any amount of corporate propaganda.

Furthermore, Moonchild, on top of being a great visionary, manager, developer, and steward of this project and community, he's been very gracious and open to contributors, so I have good hope for the future.
The limited builds are only due to limited resources, as you must remember that at one time, Mozilla Firefox ran on about ten different versions of Microsoft Windows, encompassing traditional DOS-based Windows from Windows 95 to ME, Windows NT-based Windows from NT 3.51 to 5.2, the ReactOS NT clone, and many versions other operating systems including OS/2, eComStation, BeOS, SkyOS, RISC OS, Unix-like Mac OS X, many Linux distros, Sun Solaris, etc., under many desktop environments and architectures, including i386, PowerPC, ARM, SPARC, MIPS, and DEC Alpha.
I know that the Web (and Web browsers) are much more complex than they were in the past. (Unnecessarily so IMO)
But my point still holds: it's simply a matter of resources. And the times — they are a-changin'!


Fedor2: Thank you for your response!

Just to reiterate, I had lowered my user account's security privileges the last time I was logged in, so are you saying the force-shutdown didn't allow the new security settings to be applied properly?

There are a number of subdirectories of my account's Application Data which tell me "Access is Denied" and the folders' properties only reports the date created; these files all report "0 folders, 0 files, 0 bytes"

Are you saying it might just be easiest to revert to running my user account with Administrator privileges all the time as I have apparently been doing for many years?
I noticed that there are certain programs which require Admin privileges just to run (such as Sysinternals' Process Monitor) so I need to enter the Admin password each time I run it but I think the security upgrade would be worth is if that's the only hassle it would cause me.

I don't know what you mean by "taking ownership of the files". I don't see any way to switch to admin privileges to view the files, but I guess I'll just try switching my account back to full privileges to see if my profile "reappears"

It just seems like an oddity, especially considering the inconsistency of the apparent loss of %APPDATA%.

Thank you for the kind advice!
Top

There was my obvious a assumption that your files security attributes on the hdd got broken. And lets hope there are only them.
Here the guide
http://www.askvg.com/guide-how-to-take- ... n-windows/

Also you may be need to restore them, this is done by "inherit..." checkbox
Top

Sailor Moon wrote:Windows XP, quite far from being retired, is as of today, the third most used operating system on the planet! Ahead of any Macintosh or other OS. And those are just the machines that are online!!

I'm afraid you're quite mistaken.

https://en.wikipedia.org/wiki/Usage_sha ... ng_systems
"Son, in life you do not fight battles because you expect to win, you fight them merely because they need to be fought." -- Snagglepuss

Off-topic:
Pay attention that almost all data there is from one source, and this is all incorrect in different ways. Measure OS usage by web traffic is ever ridiculous.
XP usage depends on hardware, which in enterprises still mostly is 10 years old and older.
Top
Locked
7 posts • Page 1 of 1