Moonchild wrote:You can believe me or not believe me. That's up to you.
Let's just say I don't understand why you even doubt the validity of this; what reason would I have to "make this up"? If your answer is "to win the argument" then I ask that you not think me so petty as to do something like that.

People who have been on this forum longer will probably recall why Google took action against us (trying to enforce censorship -- it's all in the open on this very forum, do a search). We've also never used "ad-farms" and only used Google directly. After the account was flagged, all websites under that account saw a sharp decline in revenue paid, with large percentages attributed to "invalid traffic", even on sites that did not have "offensive" content; only because they were operated under the same account.
After that, it even branched out to start.me, saying we couldn't have a Google search box there, clearly finding any and all excuse to further reduce revenue.

Communication from Google has been minimal because they clearly didn't want to give me anything to work with to escalate/combat the issue, and anything, and I quote, that "artificially inflates ad performance or harms advertiser conversions" is in violation of their policies and will result in flagging of your account. This extension does both: it inflates ad performance (artificial clicks) AND harms conversions (the result is not displayed to the user but discarded, so conversion will be 0% for any "click"). It doesn't take a large percentage of visitors with AdNauseum to raise a flag in their algorithms, especially considering most people visiting websites with ads don't click on them religiously.

There's an easy reason why I doubt the validity of this. Because you said so. On top of that there's more then enough evidence around showing that this might not be the case that you suspect, but other causes. Without anything of substance besides that, it's untrustworthy to take it on face value. The entire premise falls flat, because you don't know and making an assumption as to what happened. edit: You may want to read this while you're at it.

I remember that, I posted here then. Look for a dead account with 700-1500 posts that 5-6 years old, that warned that google would start going down the path that it is now -- and people said things like "oh it's impossible, they wouldn't do that.". Using google directly, as in adsense your traffic is being fed by blogfarms. That's the more likely cause of you being hit, there's a very well known problem with blogfarms driving up the value of ads. Hell you can go order one to do it for you, few years ago it used run $500-700 for 250k, it's far less today, far, far less today. Part of the reason that you don't seem to understand why people have a desire to do this is to hurt google, because google itself has moved from "don't be evil" to "fuck you, this is our time now and you're gonna pay."

It's good to know that Pale Moon has taken a stance against users' control of their own computers, free speech, and free software.

Let me get this through your skull:

You do not control my computer. I do.
Top

The Hitchno wrote:Part of the reason that you don't seem to understand why people have a desire to do this is to hurt google, because google itself has moved from "don't be evil" to "fuck you, this is our time now and you're gonna pay."

Well, who stops you from saying "fuck you Google". Tit for Tat!
And if people are angry with Google, I must say people are attacking it tangentially, why not go head-on against it, stop using it right away. There are alternatives. Why strengthen the monopoly? Google is using the power it has been given by people only against them. Stop it, but the right way!
Google or any company for that matter is nothing without people.

In my opinion the methods of this add-on are ineffective at best, while also being unethical. Let's keep internet healthy. There are better ways to protest.
Top

derram wrote:The day you decide what I get to do with my computer is the day I stop using your browser.

Taking your attitude into account,i would strongly advise that you stop computing in general.
WYSIWYG...!

Vector_Gorgoth wrote:It's good to know that Pale Moon has taken a stance against users' control of their own computers, free speech, and free software.

But you're wrong. You only have to make one simple change in about:config. You have the choice whether use this extension with Pale Moon - or not. You have that choice. There is no conspiracy.

You do not control my computer. I do.

Then either use this extension with Pale Moon (which you can with one easy edit) or uninstall Pale Moon and use something else.

Either way this has become incredibly tedious.

Off-topic:
Also, I'll assume you're not using Windows if you think you have control of your computer.
Top 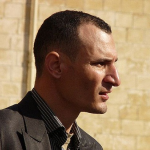 Further discussion on this topic will have to be taken private between the people who still disagree with each other -- this thread has run its course and has been locked for becoming too accusatory and repetitive. Thoughtful and civil discussion is welcomed, but not what people have shown here in the later posts.

Moonchild has clarified the decision, in extreme detail at that.

Kindly move along.
Did you know that moral outrage triggers the pleasure centers of the brain? It's unlikely you can actually get addicted to outrage, but there is plausible evidence that you can become strongly predisposed to it.
Source: https://www.bbc.co.uk/programmes/p002w557/episodes/downloads - "The cooperative species" and "Behaving better online"