Lootyhoof wrote:I've posted a fix and an updated XPI to my GitHub, does this work?

reinheit 1.0.1 shows no change. But much thanks for trying.

I tested all of your other new themes, and this problem did not occur in any of them.
Top

Hmm. I'll have to look into that at some point, then. At least it's still viewable, even if a bit annoying to read.

Thanks for looking at the others too, by the way.

This one seems nice, I like it. I've done the port, and it's now on GitHub.

I noticed that it applies a gradient to the tabs toolbar when tabs are on top and the window is maximised, too - if anyone doesn't want that, I've added a style to the repo to revert it. Simply add it to userChrome.css or add to Stylish.

Also this dark theme appears to be fully skinable (compatible with light themes). To lighten the theme or add variety, you can also add a gradient background color or background image to the new tab page. I also like this theme.

The ThemeTool extension is very handy when using light themes with complete themes, or when setting a color or image background to the new tab page.
Top 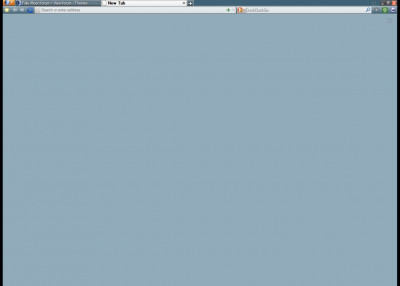 It's done, and now on GitHub. That one was harder to do than I thought, probably since I ended up having to fork the options extension, too. Either way, it all works (or does for me at least), and I even managed to fix a few general issues with the theme, such as appmenu menuitem highlights (it would use white text on white before). You'll also notice that the titlebar text now automagically vanishes once you select to use tabs in titlebar (note that this is NOT the built-in "tabs on top"; rather, an option in the Options extension, only applicable when tabs on top is enabled), and I disabled the built-in RSS icon in favour of the theme's provided one, as this can be configured (as in, there's an option in the Options extension to enable/disable it).

I get a parsing error, on first run of Compact Moon, when trying to open "chrome://compactmoonoptions/skin/help/FirstRun.xhtml".

Compact Moon options include the option item "OS system colors". Changing this option, from the default light/gray to very dark/black background- has the unfortunate side effect of changing all radio buttons to white, including the selected radio button (so one can't tell which radio button is selected).
Last edited by riiis on 2015-03-20, 22:24, edited 1 time in total.
Top

Confirmed, I'll look into it.

I've just pushed a fix to GitHub. Does this solve these issues? I left in the "dark mode" OS setting; it's meant for a just-in-case scenario for if someone uses a really dark system theme. I also added a Compact Moon Options option to the Tools menu.

Lootyhoof wrote:I've just pushed a fix to GitHub. Does this solve these issues?

All issues fixed. Time to relax.

edrtf20 wrote:Maybe you could look into this theme?
Firefox 3 theme for Firefox 4+ Reloaded!

This one already appears to have Pale Moon compat, at least for the RSS icon. The padlocks still are default, but they don't look bad at all, it's all still fairly easy on the eyes. Admittedly could have room for debloat, but then I think most themes probably can.

Perhaps Firefox 3 theme for Firefox 4+ Reloaded, and other complete themes deemed to be "close enough", should be listed at Pale Moon Add-ons Complete Themes (as external links). There are also other popular and attractive themes, such as Silvermel and Charamel, that can probably never be ported to Pale Moon (because of restrictive licenses and copyrights). Perhaps these themes are also "close enough" to be listed at Pale Moon Add-ons, as well.
Top

This is a job for Tobin rather than myself, as he manages that site. 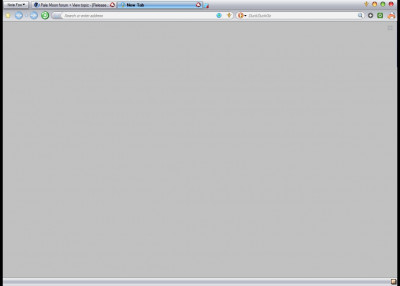 The "Noia 4" theme and extension is very similar to Noia Fox, in both features and appearance. Noia 4 has more locales available than Noia Fox, however. Unfortunately, Noia 4 was removed from AMO, by its author, several months ago. So an original Noia 4 xpi file can no longer be downloaded from AMO, from which to port. Thus, porting of Noia 4 to Pale Moon, if undertaken, would have to be undertaken from available copies.

Noia 4 options extension provides only 5 locales (English, French, German, Italian, and Swedish). Noia Fox options provides even less (just English and French). So, Noia 4 might be preferred for porting because of its wider language coverage. On the other hand, Noia Fox might be easier to port.
Last edited by riiis on 2015-03-23, 00:13, edited 1 time in total.
Top

PM me the copys... Way back in the day I asked the original designer of the Noia icon set and was granted permission to use the Noia icons in not only application themes but web design. 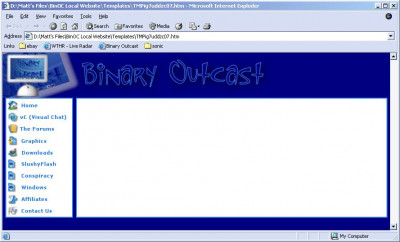 Is it possible for you to replace the Mozilla Firefox icon in PMChrome with a Pale Moon icon?

One possible change that's been suggested to me about PMChrome is that, since Chrome itself doesn't use these types of icons anymore (and we are emulating Chrome here after all) is to remove it and replace with a more standard appmenu button. What's the general opinion on this? See below for what I mean:

So, replace the FF icon with a hamburger button? I'd go for that.
Top

No, I was thinking more in line of that image I posted (the "You" button). You can already get the hamburger menu if you want, though.

Could you please make Qute Classic 4.0.1 compatible with Pale Moon?

Several times now I've gone to the Mozilla addons site, clicked the green "Add To Firefox" button for this theme but then the following message always appears:

"Qute Classic could not be installed because it is not compatible with Pale Moon 25.3.1"

It would be great to have this available again. Thank you.
Top

With regards to Noia 4: It's looking good.

This one may take a little longer than most, due to the Options extension. Also, this one will be released as part of the Pale Moon Add-Ons Team rather than my own personal fork, due to Tobin having the permission to use the icons. Watch this space!