Support and discussions for the Apple Mac OS X builds of Pale Moon
Forum rules
Important note:
The Mac OSX version of Pale Moon is provided by various people and is not official or in any way organized at this moment. Your assistance in bringing this build to fruition is greatly appreciated, but you can expect there to be bugs and problems as long as we don't have a maintainer or official builds!

Any specific bugs you find that don't have their own topic yet: please make a new topic; one bug per topic please to keep things organized.

Please also note that these builds are currently created by various independent Mac OS X people and not by our core team; core devs will likely not be able to provide insight or assistance due to lack of Mac hardware and OS/build knowledge for Mac. You'll have to solve the issues among yourselves.
Locked
15 posts • Page 1 of 1

I just took the plunge to upgrade form that old 25.4 build to this and so far this is fantastic! It works fine and even with the same theme it looks better.
Top

It's normal for unofficial builds.
Safe Mode / clean profile info: Help/Restart in Safe Mode
Information to include when asking for support - How to apply user agent overrides
How to auto-fill passwords

Thank God. Thank you so much for this. I've been waiting for a revival of Pale Moon on OS X, and it's finally here!

What's the obstacles to this being declared an official build?
Top

Just installed this version and it works great. Thanks for your efforts.

Reporting that 26.1.1 is working fine on my box. 2012 Mac Mini OS X 10.9.4. Been using as a personal browser and for addon development for almost a week and haven't found any issues so far.

@rampancy my understanding is that the main obstacles are integrating the last few build fix hacks I have back to the master branch (I had to make some changes that would break e.g. the Linux build) and then testing. From the number of "works perfectly" reports I expect that it wouldn't be too far off, after we get the code changes merged in

Using my old white plastic Mac* that can't run anything newer than 10.7.5 and this looks better, it syncs again, and it runs faster than the previous build. Very very impressed and huge thanks.

* I know it's not plastic, but "plastic Mac" just sounds more amusing
Top

I just tried this. The only add on I use which worked in NewMoon was µblock. Ghostery, youtube enhancer plus, and a bunch of others did not. Pretty sure they worked in PaleMoon.

Also, no h264 support. Does this have to be compiled in?
Top

I'm surprised you had such little luck with extensions. Unfortunately I know very little about them, but if you want to figure out what is wrong, it would be very good to confirm an extension for which the exact same version succeeds in Pale Moon Linux but fails in Pale Moon Mac. Once we have such a clear reproduction test case, we could engage the wider set of non-Mac developers for help, I can't imagine it's something to terribly Mac specific.

The h264 support I can confirm is missing. I'll take a look into it briefly and try to see how difficult it will be to fix that.
Top 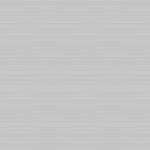 I would like to thank sugis for all their work to bring us this the 26.1.1 build of Pale Moon for OS X. And to report that I have been using it ever since it came out on my mid 2009 MacBook Pro running OS X 10.9.5 and have only noticed a few problems with a few web sites like the streaming player on CBC.ca and the videos on Twitter not working at all, but that is more of a problem do to the choses of these web sites I believe then to do with anything resulting with this version of Pale Moon. I should also say I have been using this browser 99% as my main browser and it has even been so good that I have gone ahead and removed Firefox totally from my system. Keep up the good work and I can not what for this to become an official build.
Top

Small problem, I can't drag the green Refresh/Reload button out of the "Customize..." window. Well, I drag it out and drop it next to the address bar (to its right) but it will not appear there.
Safe Mode / clean profile info: Help/Restart in Safe Mode
Information to include when asking for support - How to apply user agent overrides
How to auto-fill passwords

Since updating I cannot open pdf's within Pale Moon. I still cannot watch Netflix though I update Silverlight. I love New Moon (thank you for creating this) and hate Firefox, but I keep having to use Firefox just to do stuff I used to do on New Moon. What am I doing wrong?
Top

ballingerbnb wrote:Since updating I cannot open pdf's within Pale Moon. I still cannot watch Netflix though I update Silverlight. I love New Moon (thank you for creating this) and hate Firefox, but I keep having to use Firefox just to do stuff I used to do on New Moon. What am I doing wrong?

Maybe you mistake Pale Moon with New Moon for start.

Ok joke aside, you need check if with a new profile you still face these troubles. Usually in Windows the browser associate the apps to the file types, it should be the same with Finder. Check your apps for PDF there just in case. Also allow Pale Moon to open them with the PDF visor or download the files.