Forum rules
If your question is about general use of the browser and not specific to Linux, then please use the General Support board.
Post Reply
52 posts

All of my 4 computer run fast and I have had no problems using linux Pale Moon when I was linux distro hopping (Linux Lite, SolydX, Debian, ChaletOS, Manjaro and Mint) and I finally settled on Mint.

This notion if it's more than 7 years old, the computer has no more use and should be scrapped.........just isn't true.

Since I volunteer down at my next door neighbor's computer shop which is four tenths of a mile from my home, I recently put 64 bit linux Mint 20.1 (Ulyssa) Xfce on a customer's old 2010 year model Macbook Pro laptop. I configured it for him and he is one "happy camper" if you get my drift. And that computer runs very fast. Good wifi, good sound.

You are again conflating old hardware and software as though they're remotely comparable. Your old hardware runs fine with puppy Linux which consumes fewer resources and is otherwise a contemporary maintained distro - no problems there. The main concern is with the holdouts sitting on Windows XP or older along with their old hardware. An outdated unpatched version of a proprietary OS that's way past its expiry date and was known to have security problems even when actively maintained.

And old hardware is a matter of system resources - PM for instance requires at least a GB of RAM for itself - so expecting it to run smoothly on a system with exactly that much installed (as someone posted before) won't work given the OS needs a fair amount of RAM as well.

But who is pushing this notion other than hardware manufacturers? I have an i7-2600K from 2011 with a GTX 560 Ti graphics card, 2 SSDs and 16 GB RAM and it works great. Depends on your configuration and what it is used for.
"One hosts to look them up, one DNS to find them and in the darkness BIND them."

Well ram can be added,no issues there.I only have 2gb of ram on this computer and software runs good.
Not everyone is a "dedicated follower of fashion" with a bizarre need or thirst for the latest shiny or bling just to give them that inner feel good feeling.

Puppy incidentally is what you would term a frozen os as updates can only really be achieved if a newer puppy distro is used.But again introducing "new" code into the stable home can cause issues.In my case the only "attack" vector would be via the browser,so updating the browser maybe considered essential.
Puppy can be run with absolutely nothing installed what so ever and sfs packages can be loaded and unloaded or browsers can be run in a portable fashion.

If for some reason puppy pre-installed programs start playing up then they can be updated on a per case basis.

Why upset the applecart with constant updates.
If it ain't broke then don't fix it.

Maybe people should go re-read this post of mine: viewtopic.php?f=39&t=24975#p196552
"Son, in life you do not fight battles because you expect to win, you fight them merely because they need to be fought." -- Snagglepuss

Okay just a small update.i have discovered one of mr pusser's builds on the opensuse page and downloaded it...it appears to work fine . 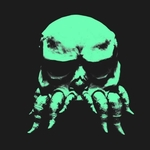 er yea it seems so...rest assured i was not ignoring your advice by any means just looking at the scenery to see what was there...magic roundabout eh ?.lol
Xenial puppy linux 32-bit.

But I haven't been able to build 32-bit xenial versions of PM on the OBS for some time, so that repository is empty! (apparently some issue with that default version of gcc) https://download.opensuse.org/repositor ... 6.04/i386/

Exactly where did you get the deb from?
Top

Take note of sn emergency release to fix a security issue.
As a young boy, I dreamed of being a baseball.
But tonight I say, we must move forward, not backward; upward, not forward; and always twirling, twirling, twirling towards freedom!

Exactly where did you get the deb from?

That's the Ubuntu 20.10 repository--I sincerely have doubts whether that will install and run on a 16.04 distro.
Top

I just extract and run the script from within the folder.I am using it now and have been for days.
Xenial puppy linux 32-bit.

Dunno if this is the right place to ask but at least someone could point me to the right direction.

Due to some GPG signature error my Mint system stopped picking up updates on Steve Pusser's PM builds some time ago.
Due to some other bug or whatever installed packages are not kept in cache although settings would say so.
As such I am facing an update into the 29+ line without a backup package to restore in case of problems.

My question is: where can one find an Ubuntu 18.04 x64 deb package of the 28.17.0 Pale Moon release (palemoon_28.17.0-1_amd64.deb)?
Is there an archive on Steve's repository? Or does anyone have it backed up somewhere and could share it one way or another, please?
My humble contribution to the world
Top

The keys were updated Feb. 3, apparently after openSUSE noticed they expired for everyone. You have to uninstall the old key, then download and install the new key. See here: viewtopic.php?f=37&t=26106

An emergency workaround is to just "grab the package directly" from the download page, and install it with gdebi or whatever Mint recommends for a local deb package installer.
Top

Thank you for replying, Steve.

I had already fixed the key issue in a GUI-oriented manner before posting here but I was concerned about why an update operation triggered through the GUI wouldn't succeed flawlessly. There were three expired keys in my Software Sources list - one of which yours - and upon launching Maintenance > Add missing and renew expired keys two of them got fixed immediately while yours didn't. Had to manually download Release.key from your repository and then go to Authentication Keys > Add From File... which then fixed the issue. No need to delete anything manually.

The question here though is about finding the previous PM build, that is the last one in the 28.x line (28.17.0). As it is now only 29.0.1 is to be found in your repository, which I already downloaded, but I want the 28 as a backup because I have 35 add-ons installed and there will most likely be problems with some of them after upgrade.
So, is there any place where I could grab older 28.17.0 x64 deb package from?
My humble contribution to the world
Top

I'm running a "portabilized" version I knocked together (by the addition of a couple of extra scripts) from an externally-mounted partition (thus keeping it outside the 'save'). Keeps its profile stuff in a self-contained, internal sub-directory. The main 'launch' script is a slightly hacked-about/modified version of one that's been floating around the web for years.....specifically for 'zilla-based browsers. And the main objective of that was always to put the 'profile' directory in the same one as the browser components, using the '--profile' switch on the Exec line.

A colleague on the Puppy Forums - fredx181, the maintainer of the Debian 'Dogs' - has been using it for a long time. Says he found it over at StackOverflow sometime around 2009/10. He shared it with the community a couple of years ago. Originally for Firefox, it will work with any 'zilla-based browser, no matter how it's been put together.

@mike walsh.
I am using your portable version right now and it runs superbly.
Very grateful and thank you.

I could not find the debian 9 version you mentioned but seeing as your helping the puppy community with your portables then i see no reason to really seek it.

Not sure how long the 32bit builds will last but hey enjoy them while they are here. 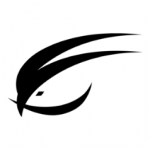 If you are currently using the Pale Moon you installed from the palemoon_28.17.0-1_amd64.deb
you should be able to run from terminal:
sudo dpkg-repack <What-ever-packagename-is>
and it will repack it into a deb.
To find what the package name actually is if you do not know
Run in terminal:
sudo dpkg -l | grep palemoon
interchange that for <What-ever-packagename-is> in earlier command.
Top

Thank you Kruppt for trying but it seems it won't do it.

Take note that it has to be what the package name is not the deb's filename.
Top
Post Reply
52 posts