Forum rules
If your question is about general use of the browser and not specific to Linux, then please use the General Support board.
Post Reply
1 post • Page 1 of 1 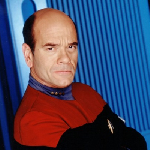 There was a recent thread on the forum that was reporting an issue of “duplicate” icons seen in panel dock bars on Linux desktops.
viewtopic.php?f=37&t=25344

After speaking with Steve I learned that the launcher is part of the official branding of Pale Moon (Oops; Sorry Steve!) So my feeble ambling lead to rediscovering this thread reporting the same issue which some of you may recall.
viewtopic.php?f=37&t=24090

Then of course the reported issue itself on the repo.
https://repo.palemoon.org/MoonchildProd ... ssues/1781

The PR was later reverted since there were some unanswered questions and concern around the use of quotations (or a lack thereof being requested) and letter cases in the StartupWMClass key value.
https://repo.palemoon.org/MoonchildProd ... bd420b7374

“patch will be backed out until such time as someone can provide conclusive answers to the questions asked.”

Hopefully I can help provide some conclusive answers as well as invoke some insight or input by those of you reading. First off a visual demonstration should help clarify exactly the issue.

This is an example of how pinned applications in a dock bar are expected to function (click the image to play the gif):

This is a demonstration of how Pale Moon currently functions (click the image to play the gif):

Notice how the dockbar treats Pale Moon as a separate unrelated process independent of the launcher it was initially launched from? So far I have only observed this from the GNOME and Unity (now defunct) desktop environment dockbars. A first conclusion would be to assume that it's the fault of the GNOME dockbar, which is probably not too far off, if at all correct.

After looking at a few other dockbar applications this morning (mate-dock-applet, KDE taskmanager, Cinnamon, Plank, and DockBarX) I've realized that only the GNOME and Unity desktop environments are having this issue. I suspect the reason GNOME is behaving in this manner is due to a combination of their launching system (in how it handles grouping opened applications based upon the StartupWMclass key value), and the key value itself in the .desktop launcher code possibly being incorrectly formatted.

I believe that the other desktop environments and dockbar applications are pursuing a heuristic approach to independently handle application grouping whereas GNOME and Unity rely on the application authors to adhere to some additional specifications for integration. (In other words, GNOME wants things correct all the way through while other desktops might try to pickup the slack in corrupt launcher metadata.)

Regardless of this being specific to GNOME, I’ve spent some time and read up on the desktop entry specification to narrow some of it down to present here.

The StartupNotify and StartupWMClass keys are described as being part of the startup notification protocol. Here is a snippet of their documentation covering key-value pairs:

The specific strings sent during startup notification encode a message type, followed by a list of key-value pairs. Here is an example:

I hope that this helps in explaining how the quotes and whitespaces are being parsed. It’s also mentioned in the spec that the StartupWMClass can be provided the "WM class" or "WM name" hint string of the application. You can obtain this information with “xprop WM_CLASS” from a terminal, then selecting the Pale Moon window with your pointer.

To wrap this all up, the key values in a .desktop launcher file are parsed in terms of bytes not characters and quoted values are appended literally.

With the quotes removed and correct letter case applied for StartupWMclass, this will provide better integration with the GNOME desktop. A concern of this however is how other desktops might react to this change? Would any of you here in the Linux board have some additional insight if this would be a welcomed change or perhaps something that could cause havoc? So far I've tested this without issue from MATE, KDE, XFCE, Cinnamon, and GNOME.

One more thing to note, the freedesktop project has described a standard for the desktop entry specification, however it is up to the desktop environments as to whether or not they should follow that standard. (A distributions adherence of the spec would be dependent upon the desktop(s) they have chosen.)

From my own experience, most of the Linux desktop environments I've seen are XDG compliant; XDG being "X Desktop Group" which was the former name of the Freedesktop project. This is all likely to change as well with the advent of Wayland in the near future.

"It's said the road to hell is paved with good intentions. It is with the same good intentions that we blindly place our trust in those with power, the architects of our future and all too often, the manipulators of our ultimate fate." -- The Outer Limits
Top
Post Reply
1 post • Page 1 of 1