Forum rules
If your question is about general use of the browser and not specific to Linux, then please use the General Support board.
Post Reply
11 posts • Page 1 of 1

What do you think of this? 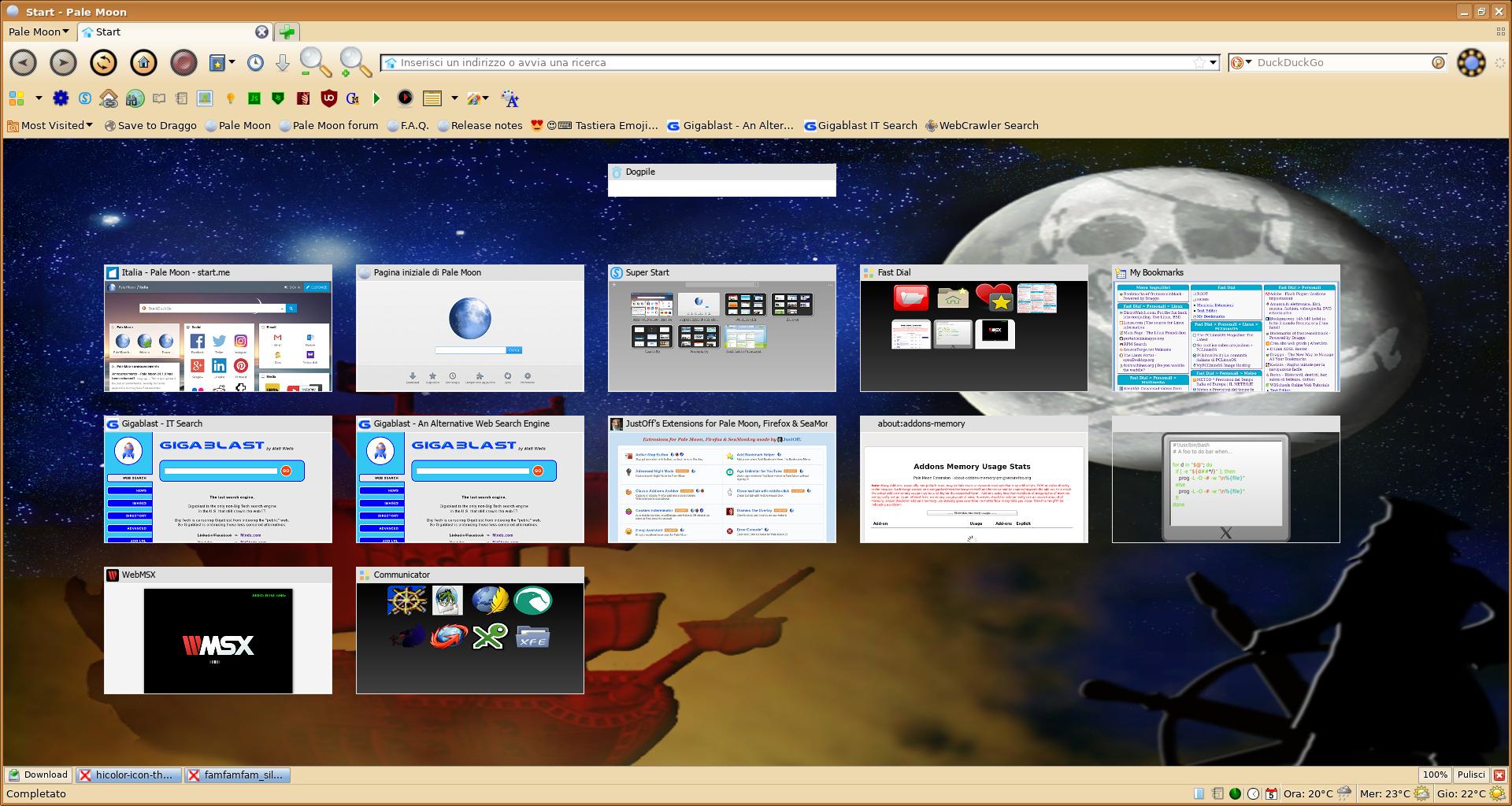 I created Orbit theme for gtk2

I wanted to do it like Palemoon Theme but i tried and i am still very far from to can to do it.
It was more simple to do it in gtk2 for me and it can to be used just for Linux (i don't think that there's a mode to use it in Windows).
Bye

Great,how do iget it and install.?
Xenial puppy linux 32-bit.

I can to share in Dropbox but i don't if i can.
The theme is original in Netscape 6 and after in Seamonkey and i saw the license.
It seem GPL LGPL and Mozilla LIcense MPL and I can’t understand anything anymore.
I could to try to post license here and someone help me to understand

In toolbar.css license i have this:

Don't forget the MPL is file based NOT project based. It is possible not everything is MPL 1.1 Tri-licensed. You MUST make absolutely sure about this.
You know I have the greatest enthusiasm possible for the mission.

I really like the color of it. If it ever shows up in the Themes page so I can download and install it, I'll use it.
Linux Mint 20.1 (Ulyssa) Xfce 64 Bit with 64 Bit linux Pale Moon
Top

Thank you!
From Orbit Theme i used only some icons (7 icons + 1 icon used with Custom Button and 2 not solved).
Everything else thing is from theme raleigh-reloaded-compact from:
https://github.com/vlastavesely/raleigh-reloaded
I added icons In gtk-2.0 and edited gtkrc file.
The color is made by Theme Tweaker with colors of a theme is of a Trinity Desktop theme

In theme Orbit in path: chrome/navigator/icons
I didn’t find any license and i don't know if icons are free to use.

Boh!
Reading the MPL 1.1, i think that i can to share it.
I found 2 different versions:

To use the icons without to have edited them, i think that i can to share just the old MPL 1.1

I added Orbit gtk2 theme in Dropbox:
https://www.dropbox.com/s/44kydqwjr96nc ... t.tar?dl=0
I had not added Custom Button because i have not understand how i can to export it.
If you say me how to do, i add also it

I added in Dropbox also Orbit Button for Custom Button: