About this bulletin board and the Pale Moon website

Let me start off by saying that I don't like doing this, but people have forced my hand.

Longer time members on this forum are familiar with the fact that there is a subsection of our community who have problems with one of our core contributors, Tobin (New Tobin Paradigm). This has been the topic of several private and public discussions already, resulting in, among other things, a temporary self-imposed exile from the forum. Despite this and the clear changes made by Tobin in terms of his participation and the way he curbs his otherwise (very) direct approach to others, it seems this subsection of our community is still not happy and keeps involving me in mediation and drama that, in my humble opinion, can simply be avoided (e.g. by actually talking to Tobin in private and working things out). This puts me in a difficult position.

It's at this point obvious that you all feel that I am not respecting your opinions in this matter and that I am somehow protecting Tobin from punishment under the applicable community rules, or otherwise not handling the situation of social discord that is existing in our community as a result of this animosity towards one particular member who happens to be a main contributor. Rest assured I have discussed matters at length with Tobin and others, but that is apparently not good enough.

In my opinion, that makes you (the community) the people with a problem and you who ask for a solution -- so here it is: you get to decide whether Tobin should be permanently and irrevocably banned from the forum. I'm done trying to mediate in this matter, and I refuse to accept some kind of unilateral decision through peer pressure, because that is not fair to anyone involved.

Of course your votes will be treated anonymously, in case anyone wonders. All I ask is that you answer honestly and don't try to manipulate others in their decision, either.

This poll will be open for 7 days. You are allowed to change your vote in those 7 days if you change your mind.
"There will be times when the position you advocate, no matter how well framed and supported, will not be accepted by the public simply because you are who you are." -- Merrill Rose

but people have forced my hand.

Some "crybabies" should suffer 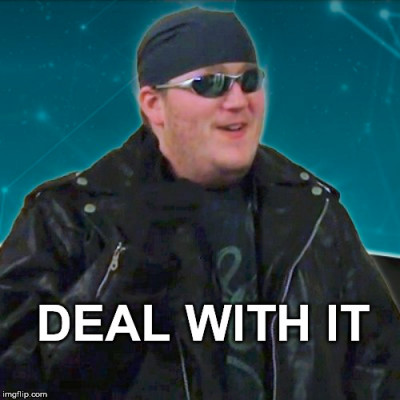 (And I agree with the screenshot.)
Top

I come from the generation of "if you can't say something nice, don't say anything at all". And gross arrogance is also a real put-off for me. Having said that, I am relatively new here and I will leave it to the old-timers to decide if they have had enough of Tobin's attitude. So, I won't vote. But I can understand fully Moonchild's frustrations.
Windows 7 Home Premium, Sp 1
Pale Moon 28.4.1 64-bit
Top

My answer is no and that is why.

You know that Tobin and I had critical communication issues, but in the end we got it sorted. Obviously, this happened because both sides wanted it, and not by any kind of external coercion or administrative measures. However, this does not prevent me from criticizing him, in the case when I think that his public statements are unreasonably rude.

Recently, on this occasion, I appealed to the Code of Conduct, but unfortunately this topic was suddenly closed and I could not explain what I had in mind. I planned to start a separate discussion, not touching the personalities and when passions subside a bit, but the appearance of this poll makes me to do it here and now.

The main thing for me in the Code of Conduct is clearly stated in its aim - to create a welcoming environment, and not at all in order to enforce "political correctness". I believe this is possible only when everyone makes efforts to behave in accordance with the stated goals and principles. And therefore I again and again urge everyone, and in particular Tobin, to be positive and friendly, even when it's difficult to restrain themselves. Good examples are described so well in the Code that if you follow them, the bad ones simply do not arise.

As for such surveys, I think they are unlikely to lead to something good, just imagine yourself as a subject and you will understand why.
Here are the add-ons I made in a spare time. That was fun!
Top

I am also throwing my voice in with the "NO" team here. No.
Nichi nichi kore ko jitsu = Every day is a good day.
Top

mommabear wrote:"if you can't say something nice, don't say anything at all".

The thing is, what if the point you want to express is nice (constructive criticism, an advice, etc), but you use words that some people think are "strong"?
Is that something nice or not?
And be aware that not everything can be reworded in a way that it doesn't use "strong" words.
A stupid idea isn't simply a bad idea. It's an idea that is so bad that only someone with low intelligence can think it's good. It's different than just "bad".
Top

I've been on this site for 7 1/2 years now and I try to keep a low profile comment wise. I've only had one very bad dustup with Tobin and it wasn't pleasant which I'm sure Moonchild remembers because it "wasn't pretty".

But since I'm not the wallflower push over type. "I gave as good as I got" with him in return so I'm sure Tobin didn't like my replies to him either. Since that time, no problems with Tobin. As long as Tobin "doesn't get on my case, I don't get on his case" as they say. So I voted "No".

Tobin's comments can be quite caustic at times, but for those of you who want him banned because you don't like his comments to you, let me say this. The Pale Moon Forums site has a "Friends & Foes" tab in your Control Panel so you can manage your Foes.

Since Tobin is not a moderator, for those people who don't want or like to read any of Tobin's comments, just put Tobin's username in your "Manage Foes" heading, then left click "Submit" and you won't see his comments anymore in any topic thread. This is the probably the best solution for all in my opinion.

And if anyone is wondering if Tobin's username is listed in my "Manage Foes" list, the answer is "no", he isn't.
Linux Mint 20 (Ulyana) Xfce 64 Bit with 64 Bit linux Pale Moon
Top 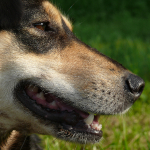 If you are really not capable to ignore some rude words, well go here https://forum.palemoon.org/ucp.php?i=ucp_zebra&mode=foes and add him.
Top

I have thick skin and I'm in no way bothered by any of Tobins comments, people have different ways of expressing their opinions. He says it as it is and I respect the man for that, yes sometimes he crosses the line... but don't we all.
I've been here for 8 years and seen him help countless members. The man is an asset to this community. If certain members are upset with his attitude then I suggest they just leave the thread and move on or simply ignore his comments and focus on other commenters...Simple as that

rabnbeinn wrote:. . . yes sometimes he crosses the line... but don't we all. . . If certain members are upset with his attitude then I suggest they just leave the thread and move on or simply ignore his comments and focus on other commenters...Simple as that

What?! First, I'm not sure that we all cross the line sometimes, at least on the forum. Second, the bad apple leaves the bunch; the bunch doesn't leave the bad apple. Having said that, I voted to keep the man. His words, if not his attitude, have improved lately, but if Moonchild needs to rein him in occasionally, so be it.
Windows 10 Pro x64 v1909 8GB i5-4570 | Pale Moon v28.10.0 x64
Top

My answer is no, through i wish that he wouldn't over react to any comparison towards Firefox/AMO, i do feel he is getting better over time.
Last time he edited his response with reason of why he didn't think that comparison was fair and a possible resolution, but the first response was quite off. (i forgot that sore spot and should had explained my point better on the original post)
Top

van p wrote: What?! First, I'm not sure that we all cross the line sometimes, at least on the forum. Second, the bad apple leaves the bunch; the bunch doesn't leave the bad apple. Having said that, I voted to keep the man. His words, if not his attitude, have improved lately, but if Moonchild needs to rein him in occasionally, so be it.

First! Yes I'm sure that EVERYONE has crossed the line at some point in their life, whether it be in this forum, any other forum or in life in general. And you my friend are kidding yourself if you think differently.
Top

I like his knowledge plus his tone of voice, even when he crosses "someone's line" ; he is an asset and a helper ; No to Tobexit, uhh, Brexit!
Top

I think an extremely valuable and capable contributor should never be banned. If some users don't like its style of replying they can simply ignore his posts, there are tools for that.
The reasonable man adapts himself to the world: the unreasonable one persists in trying to adapt the world to himself. Therefore all progress depends on the unreasonable man. (G.B. Shaw)
Top

If you are really not capable to ignore some rude words, well go here https://forum.palemoon.org/ucp.php?i=ucp_zebra&mode=foes and add him.

I agreed the "No". but I hope Tobin can edit/rewrite his new messages to not-having those words.
Top

I voted no. His knowledge, expertise, and insight is extremely helpful to have on the forum. In case you couldn't tell, he's pretty passionate about this project, and he's not a bad guy once you get to know him a bit.

That said, sometimes that passion can come out as a bit offputting. If you're to a newcomer, you may not be expecting such a strong response to what you thought was a simple question. A bit of diplomacy goes a long way; I think Tobin is aware of this and is trying to improve. I do not think a permanent ban would be fair to him or this community.
Linux Mint 19.3 Cinnamon (64-bit), Debian Bullseye (64-bit), Windows 7 (64-bit)
"As long as there is someone who will appreciate the work involved in the creation, the effort is time well spent." ~ Tetsuzou Kamadani, Cave Story
Top

I also vote no.
His preparation is clear and his knowledge of the topics covered is precious.

But he should learn respect for others.
Extremely valuable for teamwork.
If he were my employee, I'd fire him.
Top

Tobin is a redneck, he thinks wrong about himself that has big balls. He offended me many times for no reason. But I'm not agree with the censorship. Free speech must be one of the basic human rights. So if NTP will offend me in the future I will respond as, and please..do not delete the post

Not of course, if he becomes very angry let he go cool off. I consider people may be upset and allowed not mask the upset, and possible may bother other people, but only if thats was not dedicated for anger and upset only. It is bad if one is very touchy too, i think Tobin can learn who else is very touchy and try not bother those.
Top
Locked
47 posts