For discussions specific to the Portable version of the browser.
Post Reply
12 posts • Page 1 of 1

-my cpu usage is about 30-50 on a fresh start, with one tab, for approx 20min, on a freshly extracted pm portable that is unconfigured in any way.
-on the very first start it does NOT use my cpu excessively.
-if i restore a reasonably sized session from session manager it uses 70-90 cpu for approx 20min, then it goes down to 30-50, then it stops using the cpu excessively.
-also noted that session manager started to sparsely save my sessions.(this was the last straw for me)
-this is true for 28.14.2 and 28.15.0 afaik.

How much ram do you have? Which website were you on for 20 minutes?
Please include the output of Help->Troubleshooting information in your reply.

A few general remarks, aside from that:
"Son, in life you do not fight battles because you expect to win, you fight them merely because they need to be fought." -- Snagglepuss

How much ram do you have?

in this case it was https://palemoon.start.me/start but really almost everything does this, save for a few websites like https://duckduckgo.com. i also just noted that if i switch to a blank tab it immediately stops using CPU excessively even if the previous tab is still fully loaded and accesible.

i'll look into updating Windows 7 but afaik it should work okay without. my CPU isn't all THAT weak, just terribly misused i think. other browsers run fast and don't have this problem.

Your profile folder contains a user.js file, which includes preferences that were not created by Pale Moon.

Well you obviously didn't critically consider what you were told nor are considering the fact that mobile hardware especially over a decade old just isn't designed for the long haul and is subject to progressive thermal damage and in that 12 years a lot has changed including the burden placed on web browsers and thus the hardware they run on. Also, you have flat out disregarded the fact that UXP Applications are designed to take advantage of the updates a target OS receives over its lifetime.

Now as for your predictable "but other browsers don't have problems" well all I can say is if that is true, which I seriously doubt, why don't you use that. The mere fact of mentioning it is just being manipulative because if you truly believed that you wouldn't be here. But I happen to know for a fact that due to how other browsers work to a decent extent internally that their multi-process construction will use FAR MORE resources than we as a multi-threaded single process AND the fact that a lot of support code especially in terms of graphical acceleration and media features as well as javascript engine performance also perform poorly on hardware over a decade old and on systems which are not properly updated for mainstream progressive enhancements in the lifecycle of the OS or drivers and in some cases are intentionally sabotaged in favor of them.

So I can only conclude you are simply spouting bullshit manipulative lies in order to convince us to somehow magically make a 12 year old system with an outdated OS software, even relative to the target OS's own lifecycle, to some how accomplish the unreasonable and rather impossible task to make your ancient likely thermally damaged system to perform by today's standards and performance expectations like a machine you should have replaced it with at least twice over.

May I suggest you stop this behavior and at the very least satisfy the MINIMUM requirements and recommended suggestions given to you before you try and elicit further consideration from us.
Not so much safety first as it is stupidity last.

So, it seems like the opposite might be going on.
Since hardware acceleration is enabled and you say you have problems with any website that has a more complex layout, your video driver from 2012 likely has (a) serious bug(s) (it's an Intel driver, they have a bad track record) and your video chip, in essence, is total garbage for ore advanced use -- might have been blacklisted by other browsers over time; something I may have to look into adding as well...

Try disabling hardware acceleration in preferences -> advanced, see if that works any better.

Otherwise, take critical note of everything Tobin and I have said in previous posts.
"Son, in life you do not fight battles because you expect to win, you fight them merely because they need to be fought." -- Snagglepuss

you have flat out disregarded the fact that UXP Applications are designed to take advantage of the updates a target OS receives over its lifetime.

The mere fact of mentioning it is just being manipulative because if you truly believed that you wouldn't be here.

no i am NOT being manipulative with that claim. i think it was important to mention it because it shows the problem doesn't completely stem just from my device. and it IS true that the latest firefox, chromium and waterfox consume almost nil CPU at idle and run fast on this laptop.

why don't you use that.

and i do use them for anything that palemoon doesn't load nicely. but why do you think i use palemoon in the first place? it's easy to customize, much less bloat, and all my old extensions work in it.

a machine you should have replaced it with at least twice over.

woah, excuse me for not wanting to throw my old thinkpad in the trash. and you're falsely accusing me of lying but that's understandable, i will post proof of my honesty.

Try disabling hardware acceleration in preferences -> advanced, see if that works any better. 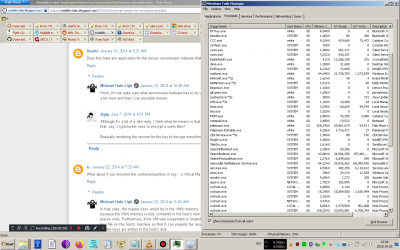 palemoon with a session 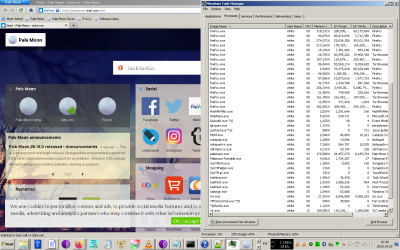 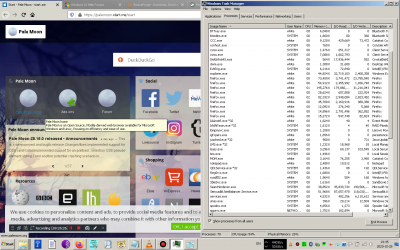 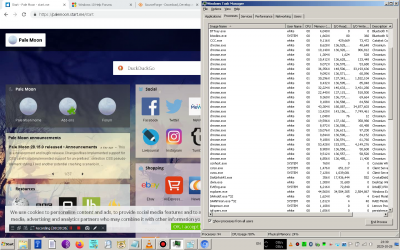 Considering both Chromium and Firefox are likely using Skia for software rendering, while we use Cairo, that's the only other thing I can suggest to try -- if that also brings no joy, then I'm afraid it's simply a combination of software and hardware that doesn't play nice.

To set this up, make sure the following is set in about:config

then fully exit and restart the browser, and verify in help->troubleshooting information, under graphics, that skia is being used for canvas and content.
"Son, in life you do not fight battles because you expect to win, you fight them merely because they need to be fought." -- Snagglepuss

canvas was already set as you say.
content didn't have skia in it.
the cpu usage is the same after changing them.
is this troubleshooting information correct?

@Al6bus
thanks for recommending simplix, it's just what i needed. but sadly didn't fix the problem.
Top

No, the information is not correct. You didn't disable hardware acceleration.

Direct2d is likely broken on your driver/os patch level. Disable hardware acceleration in preferences and restart the browser. The troubleshooting information should then read skia for both instead of direct2d 1.1
"Son, in life you do not fight battles because you expect to win, you fight them merely because they need to be fought." -- Snagglepuss

on a fresh new palemoon folder here are the results of skia vs cairo restoring the same session: 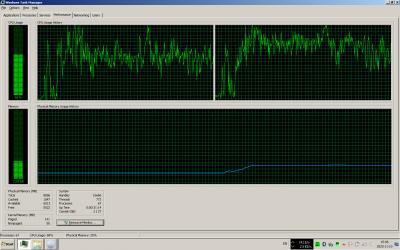 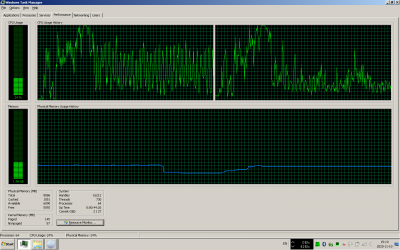 with both the usage stays like this. when i click on an unloaded tab the usage jumps to 100% briefly.
also, do you know why session manager sometimes doesn't save my session(manually)? it seems to happen when palemoon is under heavy load

Sort of offtopic, but this is more or less expected. I can't vouch for actual CPU usage, but it's normal to see a spike when restoring an unloaded tab as there is plenty of data that the browser has to handle before an unloaded tab is available again.
Top
Post Reply
12 posts • Page 1 of 1